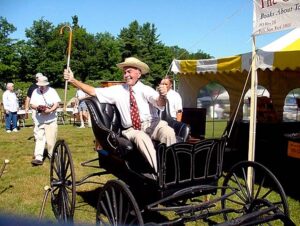 “Grand Master of the Auction Block” – As a boy he worked for the local country auctioneers during the summer, as well as helping his mother in her Antique Shop. Dick then worked for Keene auctioneer, Jim Hall, doing everything from setting up the tents to calling on occasion. Under his guidance, Dick learned how to combine entertainment & humor, while selling some of the finest New England antiques. In 1949, armed with ambition & lots of natural ability, Dick started his own auction company. He soon surpassed his competition to become the best Country Auctioneer in the business. Demonstrating that Auction selling can be entertainment, he has deservedly earned the title of “The Bob Hope of the Auction Block!” Through the years, he led almost 2,500 auctions, as a leading player in the auction world, he sold some of the finest American Antiques and Furnishings.  His involvement in selling Dolls at Auction began back in 1959 when he sold Mrs. Alexander Smith’s Doll Museum and since then has sold doll collections for individuals and museums continuously.

As New Hampshire Auctioneer’s License #1, Dick would sell until his last days … “as long as he was able to stand up and talk!”  Dick always worked tirelessly promoting the business he so loved. We are enormously grateful to be allowed to preserve his legacy We have been fortunate to be able to learn from the master and will always miss him. 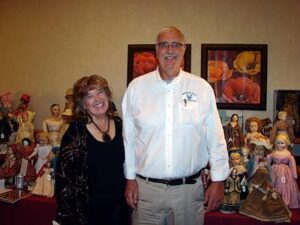 Larry Leizure – “President, Computer Tech, Appraiser” – Began working part-time for Withington a generation ago, running the auction business when Dick was wintering in Florida.  Innovations such as a WEB-site and full color catalogues have helped to bring the auction company into the 21st c.  Withington Auction Inc.  was formed in May of 2005, separating the auction business from the many-faceted business dealings of Richard W. Withington Inc. This enabled Dick to stay involved and active in the auction business, without the drudgery of daily operations.  Since then, Larry and his wife Marcia have owned and operated the company, using Dick's principles of Honesty and Integrity as the guidelines for running the business. With a degree in business management, a builder of custom homes and historic restorations, and 12 years as director of Buildings and Grounds at Lawrence Academy, Larry can correct, create and solve almost any problem... from plumbing to WEB-site maintenance... he does it all!

Marcia Leizure – Auctioneer, Publishing &  Merchandising”  Graduating college with a degree in Art and moving to NH with Larry as newlyweds, the world of antiques became a major part of their lives.  Both as collectors and  dealers, they owned and operated many shops since the 70's.  In addition having 20 years experience in  financial management, Marcia brought her skills to Withington’s in January of 2005.  Prior to that time, she would assist with an occasional estate clean-out or an appraisal and was responsible for setting up the country auction previews in the barn.  Over the past 18 years, she has learned the gentle art of auctioneering from the “Master” and received her NH Auctioneer’s License (#4028) in the summer of 2004. 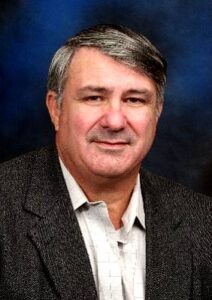 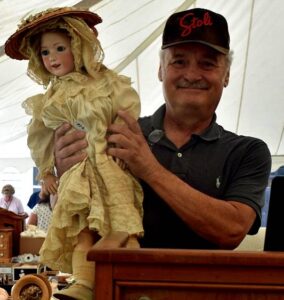 Professional auctioneer and appraiser, Kenneth Labnon, brings 50 years’ experience in the auction business to the Withington Auctions team.  Having worked for multiple auction companies, Ken has completed over 2,000 auctions during his career.  Along the way, he has acquired an excellent working knowledge of antiques market values, as well as expertise in valuing silver and jewelry.ent board member and Treasurer of the New Hampshire Historical Society. 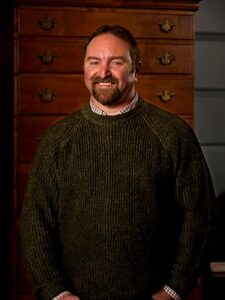 All lots must be picked up by 13 October or make other arrangements by phone. We have arranged for UPS shipments for your convenience.